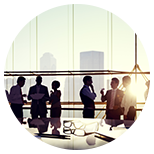 UADH is the holding subsidiary of Loukil Investment Group (LIG) established in 1976 on the initiative of Mr. Mohamed Loukil, the group founder. It diversification strategy has been successful with 35 subsidiaries operating in several sectors namely the industrial sector, the agricultural industry, the automotive and technology sectors as well as international trade & services.
With an solid automotive culture and expertise gained during decades of successful work, Loukil group consolidated its subsidiaries operating in the automotive sector under UADH.
The consolidating company, UADH, comprises the following subsidiaries:
- Aures Auto: the exclusive distributor of Citroën and its spare parts in Tunisia with its subsidiary AURES GROS.
- Economic Auto: the official dealer in Tunisia of the Japanese brand Mazda and its spare parts with its subsidiary MAZDA détails.
- LVI: the official and exclusive distributor in Tunisia of Renault Trucks brand and its spare parts through its subsidiary TRUCKS GROS.
- GIF Filter: The Tunisian manufacturer of fuel, air and oil filters as well as cabin filters with its subsidiary GIF distribution.
United under the same holding company, these companies now have a highly qualified and experienced management team and are guided by a development strategy at the level of their renown and reputation.

Always working to improve its business activity, Loukil Group has made of customer satisfaction a top priority. The group has always been keen on presenting products up to the expectation of its customers with the best and most advanced after sale services, especially with the new holding company UADH.
Customer satisfaction is particularly important for the Consortium members because they aim at providing impeccable services and being a leading reference in the automobile sector in Tunisia.